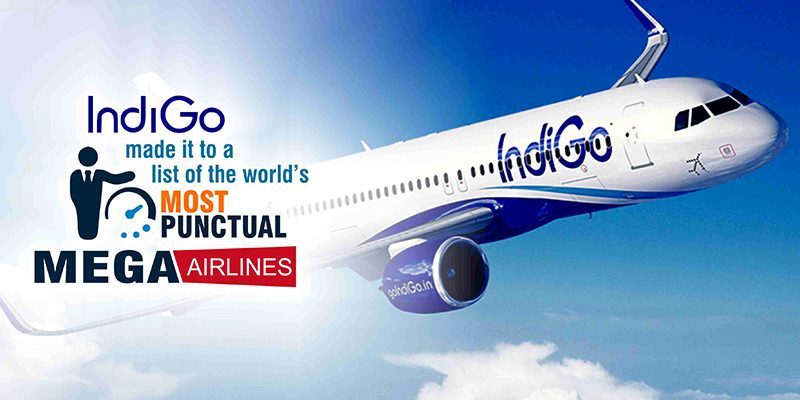 As per the new listing of OAG (a travel analyst firm), it has revealed its annual Punctuality League 2018. In this, the firm has ranked the airlines on their on-time performance.

Well, the new addition to this listing is India’s IndiGo Airlines which has succeeded in capturing the fourth spot for the most punctual ‘mega carrier’ in the world. By beating British Airways and Lufthansa in a travel analyst company’s annual list, the airline is a new entry in this list.

Talking about the top spot in OAG’s list of the world’s most punctual ’mega carriers’, it is captured by Japan Airlines.

In the annual review, OAG takes into account the performance of the airlines on timekeeping. The company stated that it has ranked the airlines totally based on its extensive database which comprises more than 900 airlines and over 4,000 airports.

The firm; OAG has two separate punctuality lists. The first list is for all big as well as small airlines and the second one is for mega-airlines.

Talking about the measuring criteria for the overall procedure, OAG considers that the arrival and departure must be within 14 minutes and 59 seconds of their scheduled arrival/departure times.

After the Japan Airlines, the second spot goes to All Nippon Airways and American Delta Air Lines holds the 3rd position.

Here is a look at the list of ‘Mega carriers’, ranked according to punctuality:

Look Out The Terminal Details & Reviews Of Lucknow International Airport