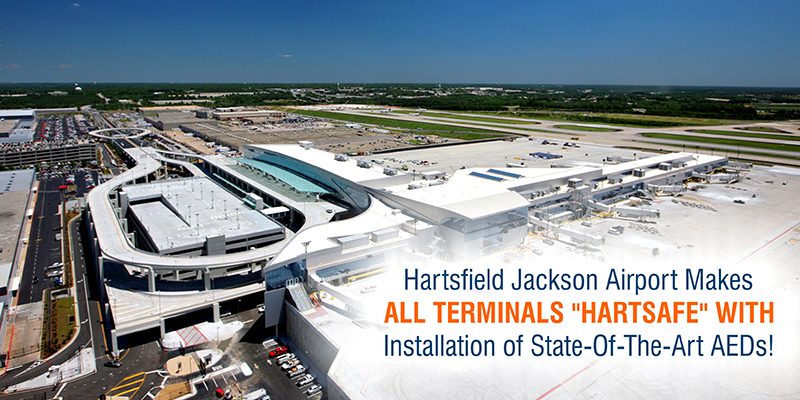 To make Atlanta’s Hartsfield-Jackson airport “the safest airport in the world” for cardiac events, officials announced that the airport has completed installation of 285 new Cardiac Science G5 AEDs, one every 75 feet, in every terminal.

Hartsfield-Jackson Atlanta International Airport  receives an average of 24 medical calls a day. So, this program will help ensure the safety of travelers at Hartsfield-Jackson by upgrading the AED fleet to the latest and best technology.

As compared to other airports, there is a number of people travel through Atlanta’s Hartsfield-Jackson airport every year.  That includes other major airports such as Chicago O’Hare, Beijing Capital International, and London Heathrow.  This creates the probability that a traveler might experience a cardiac arrest on any day at most public places.

More than 326,000 out-of-hospital cardiac arrests occur in the United States every year according to the American Heart Association. Sudden Cardiac Arrest (SCA) is an abrupt loss of heart function causing blood to stop flowing to the brain and other vital organs and causing the person to collapse.

Early CPR and early use of an AED are critical to increasing survival outcomes—in fact, the American Heart Association recommends early defibrillation within 3-5 minutes for the best chance at survival.  That’s where Hartsfield-Jackson’s new fleet of AEDs comes into play.

The president and CEO of Cardiac Science Dev Kurdikar said, “We are very pleased that Hartsfield-Jackson Atlanta International Airport chose to deploy Cardiac Science G5 AEDs. The G5 has many features that make it suitable for such a deployment, including self-tests for rescue readiness, the ability to increase shock energy levels if needed, and the capability of switching the language of the voice prompts with the touch of a button.”

On a daily basis, more than 270,000 passengers travel through Hartsfield-Jackson International Airport’s concourses and gates.  The new program will help ensure that if any traveler experiences a sudden cardiac arrest incident, the airport will deploy the best technology available in response. 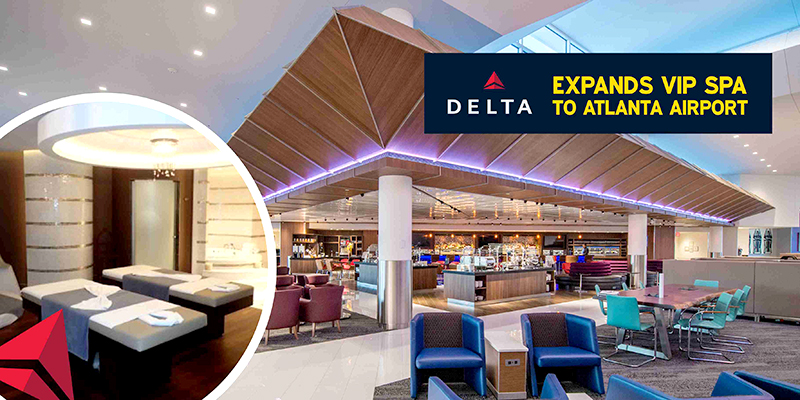