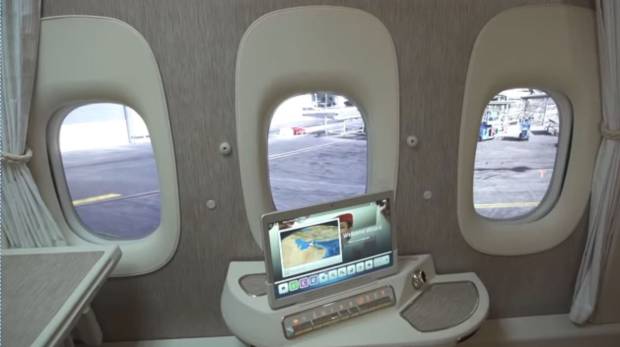 Emirates has introduced windowless seats or virtual windows on board on its latest aircraft. This Dubai-based airline has enhanced the suites of in some of its new Boeing 777-300ER aircraft. Those in the middle suites will see images projected in from outside the plane using fibre-optic cameras while the view will not change for passengers in window seats.

The short video clip of virtual windows is released by Emirates and also shared by Dubai Media Office. These new windowless seats show that what the views are like when passengers sit in the middle of the plane along the aisle of the first-class cabin. The suite is now equipped with screens that mimic aircraft portholes instead of real windows.

The real-time cameras mounted on the exterior of the aircraft through that passengers can see the view of the outside, which is projected onto the screens. This makes passengers feel like they are sitting next to real windows.

Recently, many passengers have already experienced the virtual window technology since Emirates started introducing it. For its Boeing 777 fleet last November, the airline first unveiled the brand-new cabins with completely refreshed interiors.

The high-tech design was meant to make every seat in first class a window seat, but it’s also seen as the first step towards a much bigger plan to get rid of aircraft windows.

Tim Clark, president of airline has recently hinted that in order to make planes lighter and travel faster, the planes of later generation will be equipped with the same technology.

Clark added, “Imagine now a fuselage as you’re boarding with no windows, but when you get inside, there are windows. Now you have one fuselage which has no structural weakness because of windows.”

A YouTube user said, “I am going in an Emirates first class, can’t wait.” And another one said, “Cool. I like the idea.”

Another user noted, “I don’t see windowless aircraft being the future. There are fewer places for light to go in so in the event there is a failure that requires passengers to rely no natural light, windows gives it. They’d have to navigate the plane in darkness without windows.” 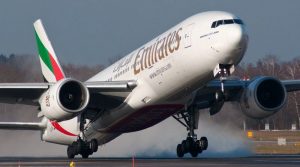 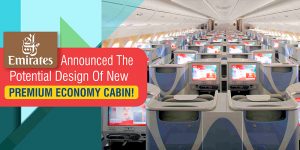