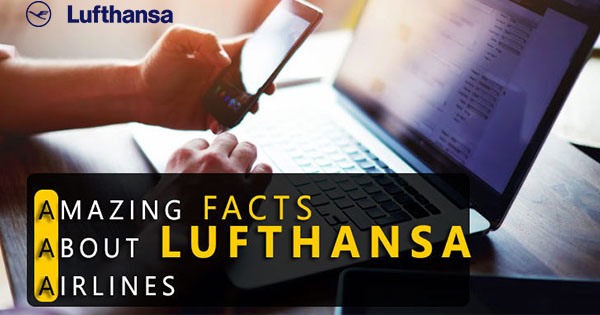 When it comes to knowing something new and interesting, people show a lot of curiosity. And when it comes to Airlines, there are tons of data attached to it and a number of amazing facts are there.

Coming to Lufthansa Airline (biggest airline in Europe), air travelers do want to know as more as possible regarding that. Hence here we are discussing some of the interesting and little unknown facts about the Lufthansa.

POINT 1: Lufthansa is the biggest airline in Europe

When it comes to discussing the biggest airline in Europe, Lufthansa is the first name which comes in everybody’s mind. After combining with its subsidiaries like Swiss Airlines, Austrian Airlines or Germanwings, Lufthansa shares the largest airline network in Europe. And this includes both the terms i.e. number of passengers carried as well as fleet size which is of 656 aircraft. The airline also supports the operations of 267 airplanes.

Being compared to Emirates in terms of size which operates 245 wide-body air carriers, Lufthansa is established as one of the biggest airlines in the world.

POINT 2: The longest flight of Lufthansa is 13 hours and 55 Minutes.

The other interesting fact about Lufthansa is that the flight LH510 which takes off at Frankfurt-Main International airport with few passengers is considered being the longest flight of Lufthansa with 14 hours of flight time to Buenos Aires.

POINT 3: Lufthansa was the first airline to offer in-flight internet

In the year 2004, Lufthansa set a record of becoming the 1st airline to offer in-flight internet to its passengers on the international flights. This seems to be pretty normal these days but was a ground breaking change to the world of traveling at that time. 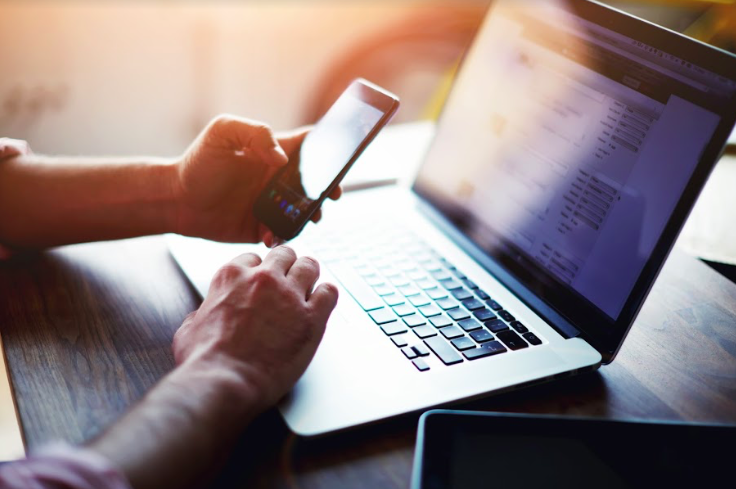 POINT 4: Lufthansa is the biggest operator of the new 747-8

When it comes to longest aircraft in the world i.e. 747-8 (latest version of the “Queen of the Skies”), Lufthansa is one of the biggest operators of it. The Jumbo Jet has been around for many years and has been an essential part of the Lufthansa fleet for decades.

POINT 5: Lufthansa was the launch customer of the Boeing 737

On 10th of February 1968, Lufthansa became the first non-American airline to launch a new Boeing aircraft. And it received its first Boeing 737-100 on the 28th of December in 1967 which was a year before.

The most interesting fact about Boeing 737 series is that it is the best-selling jet commercial airliner in the world. It sells a number of almost 9,000 aircraft since 1968 and more than 4,000 ordered are there.

POINT 6: Lufthansa has the biggest Airbus A380 fleet in Europe

Lufthansa holds an impressive fleet for intercontinental flights which contains 36 747’s (the second biggest operator after British Airways) too. 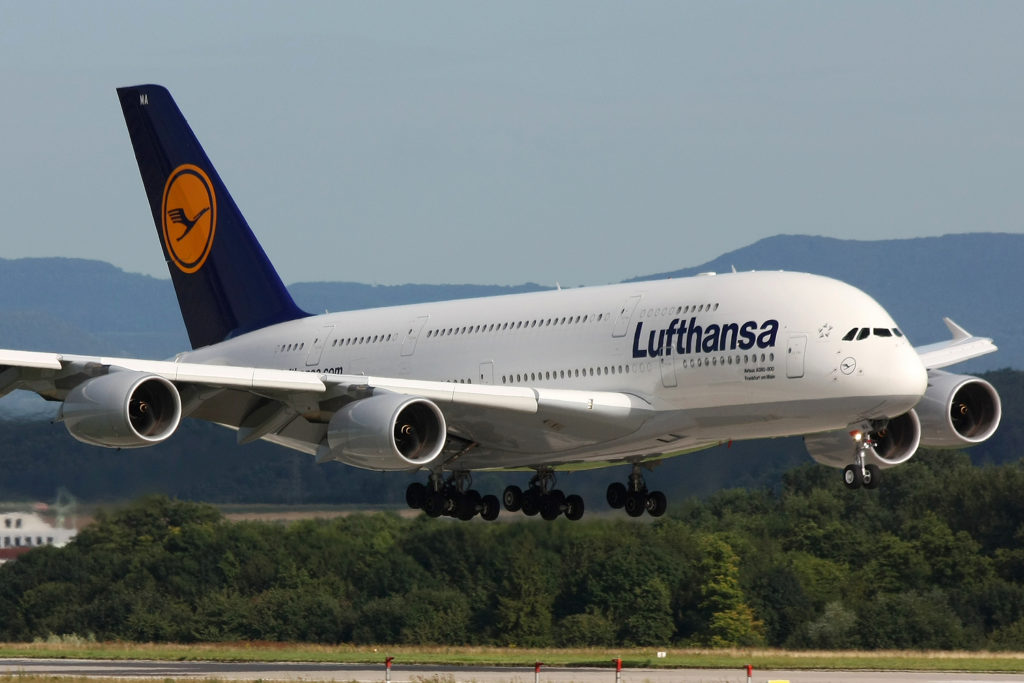 POINT 7: Lufthansa is the world’s largest purchaser of caviar

The other interesting fact attached to the airline is that it purchases 10 tons of caviar annually. Lufthansa seems to look after their First and Business Class travelers very well.

In Lufthansa Airlines, the onboard catering is provided by LSG Sky Chefs. It is also the biggest airline caterer in the world. The Sky Chefs support its services to more than 320 airlines worldwide across the 220 airports. They operate almost 210 customer service centers in 53 countries which let them produce around 580 million meals a year.

POINT 8: Lufthansa is a founding member of Star Alliance.

Lufthansa is establishing as the biggest alliance in the world. Combining with the Thai Airways, United Airlines, Scandinavian Airlines, and Air Canada, Star Alliance was formed. And today, it is the biggest of its kind with 28 other airline members around the world. 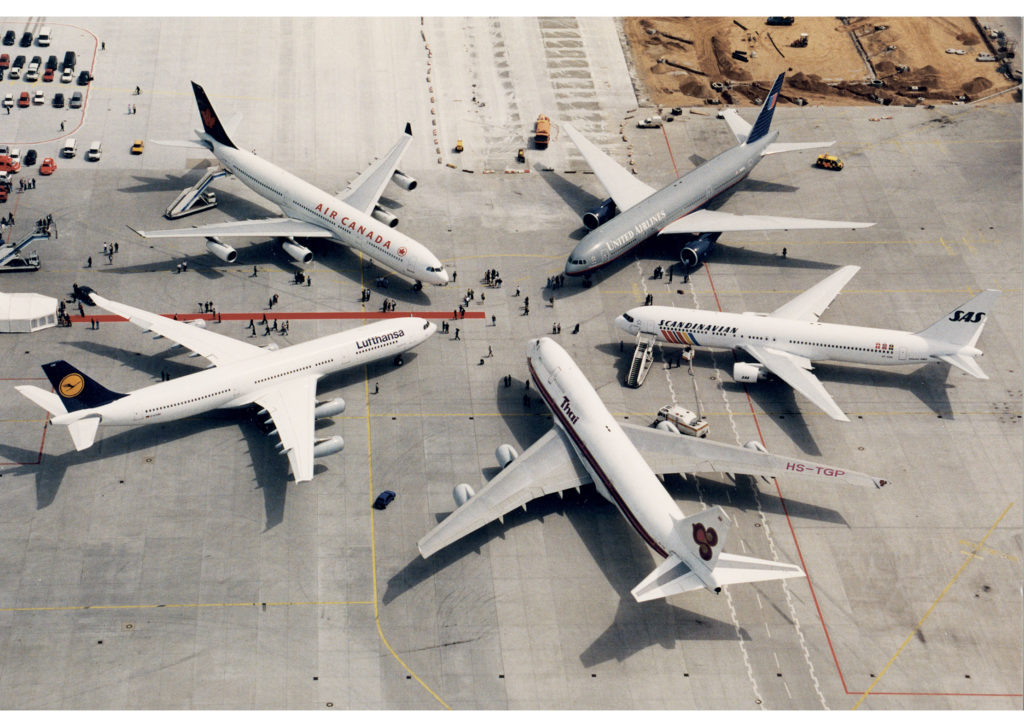 The headquarters of the same is happening to be located in Frankfurt from where this giant alliance is organized. Its logo comprises the 5 triangles which in turns represents the 5 founding members. Every Star Alliance Member needs to paint at least one aircraft with the official Star Alliance livery.

In September 2013, Lufthansa Group has announced its biggest order which was for 59 wide-body aircraft. It valued more than 14 billion Euros at list prices. Earlier in the same year, Lufthansa also placed an order for 100 next-generation narrow-body aircraft.