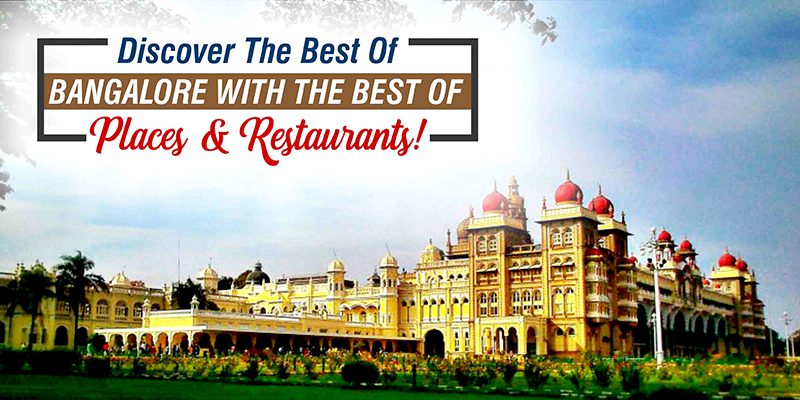 Now known as Bengaluru, Bangalore is the capital city of Karnataka in south India. Several names have been earned by the city such as Pub Capital of India, Silicon Valley of India, and Air Conditioned City. Bangalore was known as Pensioners’ Paradise prior to the IT revolution. But now, it’s a wonderful mixture of past and present. The city does have a great mix of history, spirituality, architecture, culture, and nature although Bangalore may not have as many iconic attractions as other major cities in India.

Bangalore Palace is inspired by England’s Windsor Castle which was built in 1887 by Chamaraja Wodeyar. With fortified towers, green lawns, arches, and elegant woodcarvings in its interiors this evocative palace have Tudor-style architecture. The royal family still lives there as on display is all kinds of family photos and portraits. From 10 a.m. until 5.30 p.m., the place is open.

Don’t miss visiting the National Gallery of Modern Art on Palace Road if you’re an art lover. Opened in 2009, this gallery is the third such one in India, others are in Mumbai and Delhi. It has two interconnected wings and is housed in a Colonial mansion with a garden setting. The new wing features one displays works from a large number of modern and contemporary artists while the old one has worked from the early 18th century up until India’s Independence. On the premises, there’s a cafe as well. The gallery opens daily except Monday from 10 a.m until 5 p.m.

Tipu Sultan’s Palace was originally built by Chikkadeva Raya in mud which is situated inside the Bangalore Fort area. Later, reconstruction in Indo-Islamic architecture was started by Hyder Ali. Completion of it was taken by his son Tipu Sultan in 1791. The proof of Tipu Sultan’s religious tolerance is the Hindu temple seen in the courtyard of the fort. The time to visit palace is daily from 8.30 a.m. until 5.30 p.m.

This vivid, traditional local market is a treat for photographers and an attack on the senses. Bangalore’s bustling flower market is in the middle of it is. To best experience, the colors and crowds, go there in the early morning when an amount of fresh stock are being unloaded and sold. A variety of fresh produce, spices, and copper items is also sold in the market.

Established in 1760 by Hyder Ali, this expansive garden started out as a private Mughal-style garden for the city’s royal rulers. Later it was extended by his son, Tipu Sultan. Now covering the area of about 240 acres, it derives its name from the red roses that bloom throughout the year there. In the world, the garden is said to have the most diverse species of plants. Built in 1889, its focal point is a majestic glasshouse made to commemorate the visit of the Prince of Wales, which was designed along the lines of the Crystal Palace in London.

Best hotels to visit in Bangalore:

Set amidst tropical gardens, The Oberoi, Bangalore is a luxury hotel, situated in the heart of Bangalore’s commercial and shopping center. Affording a magnificent view of the gardens, elegantly appointed rooms have their own large balconies. Facilities of dining include Polo Club for light meals and finest spirits and wines, Le Jardin for continental and Indian cuisines, and Szechwan Court for authentic Chinese delicacies. This hotel is the member of the Leading Hotels of the World.

Located in Whitefield, Bengaluru, The Den Bengaluru is minutes from International Tech Park and Ascendas Park Square. Express check-in, Complimentary wired Internet access, and a 24-hour business center are included in featured amenities. The conference center and a meeting room consist of the event facilities of this hotel. Free valet parking is available onsite and a roundtrip airport shuttle is provided for a surcharge which is available 24 hours.

You’ll be centrally located in Bengaluru with a stay at The Ritz-Carlton, Bangalore, within a 15-minute drive of Tipu’s Summer Palace and Vidhana Soudha. Complimentary wired Internet access, limo/town car service, and a 24-hour business center are included in featured amenities. This hotel has 6434 square feet of space, which consists of meeting rooms and a conference center. Valet parking is free and is available onsite.

Leela Palace in Bangalore is at a convenient location, equidistant between the City Center and Airport. It has Oversized magnificently appointed suites and rooms. The palace has its own Spa and Health club with Ayurvedic and traditional treatments. It includes facilities like contemporary and fine dining restaurants. It also has Palatial Art-Deco Form in the style of the 16th century Mysore Palace. With Regal interiors, it gives the feel of contemporary facilities. It is a hotel that won Outstanding Award for landscaping and horticulture in the city.

You’ll be connected to the airport with a stay at Taj Bangalore in Devanahalli, and 19.9 miles from Bangalore Palace and 20.6 miles from ISKCON Temple. It includes featured amenities like complimentary newspapers in the lobby, 24-hour business center, and express check-in. This hotel has 25000 square feet of space which consist of meeting rooms and conference center. For a surcharge, a roundtrip airport shuttle is provided which is available for 24 hours, and valet parking is free and available onsite.

Where the specialty is coastal Indian cuisine served on banana leaf, seafood lovers must make it a point to come to Karavalli. With seafarers maps, high wooden ceilings and a variety of antique furniture, the restaurant is decorated in the style of a traditional local house. The outdoor dining is also a treat in the open-air courtyard with the garden atmosphere is cozy and relaxed inside.

Elegant Dakshin is the signature south Indian fine dining restaurant, which is an ITC hotel chain. A diverse array of home-style dishes sourced from traditional communities in each south Indian state is included in its menu. Filled with an appetizing assortment of banana dosais, adais, and kunni paniyaram, Dakshin is renowned for its Iyer’s Trolley. They are the highlight of the restaurant are the fresh chutneys.

Opened in 1943, Vidyarthi Bhavan is in one of Bangalore’s oldest locations, started as a canteen for the young student community. Afterward, it flourished and attracted a regular clientele of artists, film stars and writers, as it became a cultural center. These days foodies of all ages are welcomed there, which also includes those who love to reminisce about old times.

Another veteran Bangalore restaurants that’s been in business for decades is the Tandoor, which may be nondescript on the outside but it has the grand ambiance of a mansion on the inside. It has chandeliers and beautiful murals painted on its walls. The kitchen provides an interesting view through large glass windows of the tandoor and chefs at work can be seen.

Serving sumptuous cuisine by traditionally dressed waiters, at this unique restaurant from the Afghani frontier as diners can watch the food being cooked in the open kitchen and make their selection from menu cards in the form of a local newspaper. Especially on weekends, Reservations are a must!