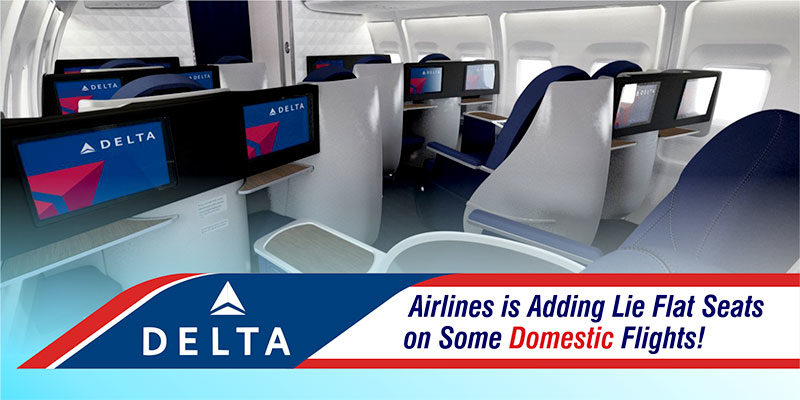 Including to Hawaii, Delta Airlines is planning to add lie-flat seats on some of their domestic Delta flights. Most passengers are forced to resign themselves to several hours in a cramped, uncomfortable position with their luggage at their feet.

The airline announced that this is for those passengers who will fly with Delta One domestically. Earlier, this service was only on the International flight but now the airline also has planned to start this service on domestic flights.

Delta One is coming to select domestic routes starting in April of 2018. In Hamburg this year, Delta One was awarded for cabin innovations at the Crystal Cabin.

If you purchase a Delta One ticket, then the passengers have:

This 180-degree flat bed sleep means that the customer can actually fly through the air in the supine position. The Combination of that Westin Heavenly bedding, an oversized duvet, and down-alternative pillows will make the passenger feel refreshed rather than abused.

Lie-flat seats are only available if you are flying through Delta One. These will become available in the spring between:

But, Delta One will not be available on every flight flying these routes, so the passengers need to be checking the availability before booking. The airline said that if a passenger wants to fly on Delta One, then they may consider opening a one of Delta’s SkyMiles Rewards Cards.