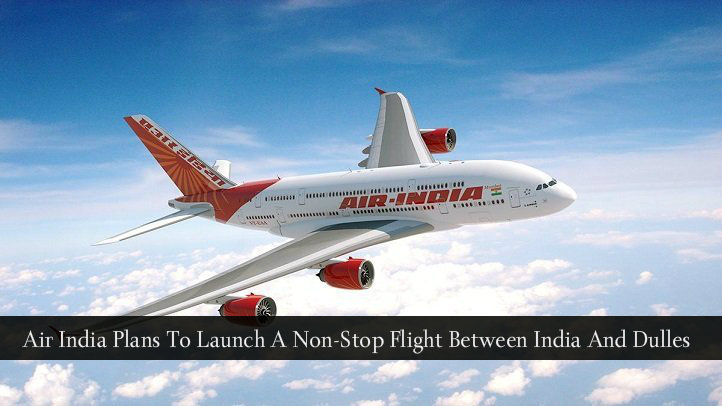 In this summer Air India is going to launch a new non-stop flight between Delhi and Dulles International airport. Which will give a boost to Dulles on the international portfolio.

Virgina Governor Terry McAuliffe (D) said in a news release that we are celebrating a new bridge between India and Capital Region. It shows that Virgina will continue to welcome all international travelers. It has a made significant commitment to growing our relationship with India and we feel proud to be a new United States market.

This direct flight services will begin from July and will offer three non-stop flights in a week.

Governor McAuliffe said that with this new flight service numbers of tourists and business travelers to this Capital Region will be around 30,000. This will also bring an impact on the economy which will grow in the range of $30 million. In fact, Governor McAuliffe played a major role in this deal, in November 2015 on a trade and marketing mission he met with Air India executives and proposed for this. He also proposed $1.25 million incentive package over three years to support Air India and stimulate travel to Virginia through Dulles.

Washington D.C. Mayor Muriel E. Browser also praised this deal and said that it will definitely raise the tourism and business in Washington D.C. in coming years.

The numbers of people who come to National Capital Region from India increase every year. In 2015 it was around 122,000 and by the year 2020, that number is expected to increase by 7 percent.

Ashwani Lohani, the chairman and managing director of Air India Limited said that the Washington D.C. will be the Air India’s fifth U.S getaway after New York, Newark, Chicago and San Francisco. We are committed to providing the most convenient service between the USA and India.

Before this direct flight to Dulles, Air India previously offered daily flights from here, but it was not the direct flight. It has a stop at New York airport.