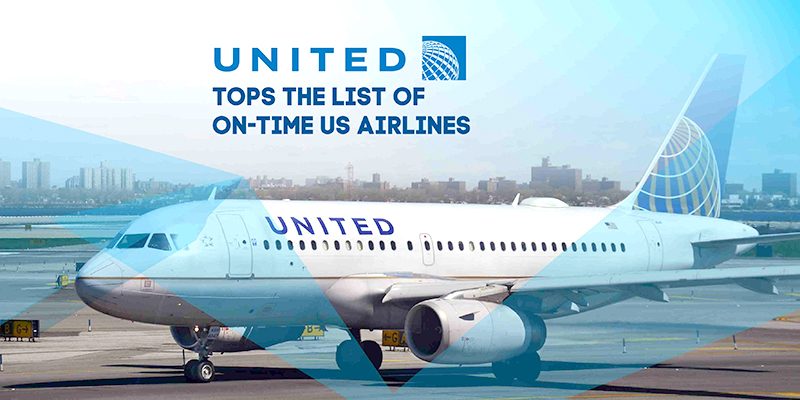 In the latest government rankings for on-time performance, United Airlines jumped to the top spot, defeating the last year winner Delta Air Lines. The airline was holding the fifth-place, a month before.

Delta dropped to second losing its title to United Airlines. The two major schedule disruptions in Atlanta hit the overall performance of the carrier. During the month, the unusual snowstorm and a power outage affected the Atlanta Airport which is the busiest hub for Delta.

Improvements are also witnessed among other carriers like Alaska Airlines and merger partner Virgin America. These two jumped to Spot 3 and Spot 4, respectively. These were the two lowest-rated airlines during the previous month.

As per the rules of the federal government, it counts a flight as on time if it arrives no more than 14 minutes behind schedule. The federal data includes the 12 biggest airlines of US.

Following is the list of airlines with their respective ranks: