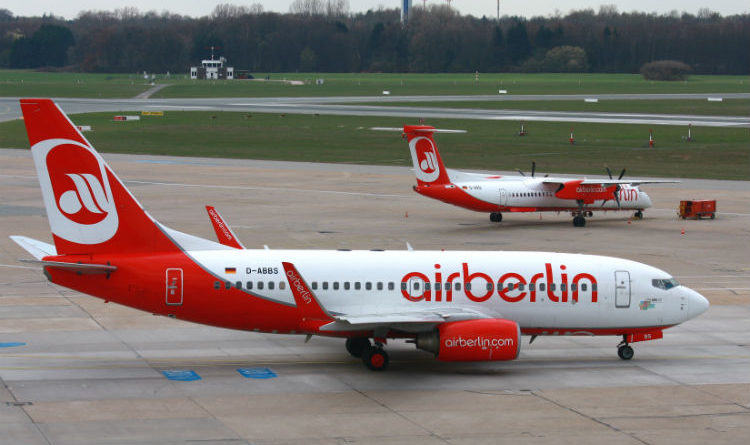 Air Berlin flies to the Florida cities of Miami and Fort Myers, whereas the new destination will be Orlando, which will with five weekly flights to Dusseldorf and begin from May 6.

CEO Stefan Pichler in a statement says “Orlando will be beneficial and valuable addition towards Florida-Portfolio, as city is major convention destination, and take a high potential in the business travel Segment.

To the west, Some of Nonstop services by Air Berlin, that they will launch nonstop service from Berlin to Los Angeles and San Francisco.

Three weekly LAX Flights will start May 2nd, and four weekly San Francisco flights start May 1st, whereas the Berlin-LAX will restore a route which was dropped in October 2013 by Air Berlin. The carrier’s New York JFK will increase about 10 weekly flights from 7th onwards from Berlin. And Miami services will go from seasonal to year round. San Francisco will increase to daily service up from five weekly flights, and from Dusseldorf Boston will schedule for four weekly flights in the springs.

“Pichler says, that our expansion for U.S operations summer 2017 shows that we are determined to continuing on our path to position Air Berlin as a premium network carrier with strong U.S footprint with brilliant proposition for more discerning  business traveler. Air Berlin also says that they will receive three additional Airbus A330-200 to expand U.S schedule. From this expanded schedule Air Berlin will fly nonstop from Germany to U.S eight destinations, Boston, Chicago, O’ Hare, Fort Myers, Los Angeles, Miami, New York, Orlando and San Francisco.

Not only this but also in past November Air Berlin also announced a big U.s Expansion, which will begin to fly from Dusseldorf to Boston, Dallas and San Francisco. However Dallas route never got off the ground, canceled before its first flight because of poor sales.