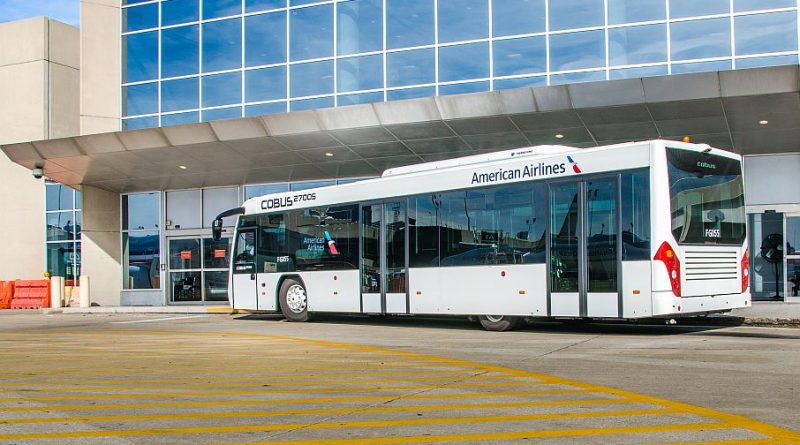 There is some good news to the frequent passengers at O’Hare International Airport. The American Airlines is introducing a new bus service which will help the passengers to move between the carrier’s domestic hub at Terminal 3 and the airport’s international Terminal 5.

This service TTB i.e. Terminal Transfer Bus is starting from today only as per the Chicago Department of Transportation.

The timings in link with the bus are from 10:30 am to 8 pm and it is on daily basis between the terminal 3 and terminal 5. As a number of American Airlines operate the function of international flights on a daily basis between these two terminals. Mainly it includes the carriers like Cathay Pacific, British Airways, and others. For any other detail, you can easily go through the frequently asked questions of American Airlines.

Due to a large number of passengers, there is a need for this service only in spring summer and may fall and go slow during winter travel season.

The whole procedure includes that the transfer bus will stop at American’s concourses G and K and will drop off the ticketed passengers at the terminal 5. This will also reduce the need of rail system which passengers used to utilize to reach the terminal 5.

As per the estimations of Chicago Department of Aviation (CDA), the introduction of TTB will decrease the number of passengers using the terminal 5 security checkpoints per day and this may reach the number 1000.

On this news, a spokesman for United stated that the need for the transfer bus was minimal as many of the international flights operated by United’s Star Alliance carrier partners which include the Lufthansa and ANA depart from United’s domestic hub at Terminal 1.

To this, the American Airlines also commented that “the carrier’s only contribution to the cost of operating the bus is some staffing at the locations where the bus will pick up and unload passengers at O’Hare’s terminals 3 and 5.”

According to CDA, the introduction of the TTB will give another reason to the passengers to fly through O’Hare. As CDA has spent a good amount of $1.8 million in order to purchase the four transfer buses whose combined cost is around $451,000 each. The operations and maintenance functions are also own by CDA.

“The Terminal Transfer Bus is one of many new initiatives we have undertaken that will elevate the customer experience for the growing number of passengers who depart on international flights from O’Hare.” – A statement by CDA Commissioner Ginger Evans.

“The Terminal Transfer Bus will simplify international connections for many of our customers and goes hand in hand with much of the work we are doing not just at O’Hare, but across our airline to invest in improving the customer experience.” stated by Franco Tedeschi, American Airlines vice president for O’Hare operations.