Miami International Airport is also known as MIA and is the primary airport which is serving the Miami area of United States of America. MIA is also South Florida’s main airport for long-haul international flights. In addition to that, the airport is one of only eight airports of US to accommodate the facility of Airbus A380 jumbo jet.

The airport supports the passenger and cargo facilities to flights throughout the Americas, Europe and Western Asia, East Asia. It is also the largest gateway between the United States and Latin America plus it is one of the largest airline hubs in the United States. The Miami Airport code is ‘MIA’.

The construction of North Terminal at the Miami International Airport merged the four piers into a single linear concourse which is known as Concourse D. This configuration takes place with the motive to increase the number of aircraft that can arrive and depart from the terminal. The construction process started in the late 90s. In the year 2004, a new extension to the west was opened which consists the Gates D39 through D51. The Concourse B was demolished in the year 2005 and by 2007 the Concourse A also closed with the Concourse C which was demolished in 2009. In July 2010, the 14-gate eastern extension of Concourse D takes place.

The only concourse located within the North Terminal is the Concourse D. This concourse consists of one bus station and 45 gates in total from D1–D12; D14–D17; and others. Here you can also find two Admirals Clubs being operated by the American Airlines, one of which is located near the Gate D30 and another one is near the Gate D15.

The Central Terminal at MIA has three concourses in total which are labeled as E, F, and G. In addition to that, the terminal also has 52 gates in total.

The Concourse E at the airport has two bus stations plus 18 gates in total.

Initially, the Concourse E is known as Concourse 4 and it was the only international concourse of the MIA which contains its own immigration and customs facilities. It also features 12 international gates which are capable of handling the largest jet aircraft and an international in-transit lounge for arriving international passengers connecting to other international flights.

Coming to the Concourse F, it has one bus station and 19 gates.

Initially, it was known as Concourse 3. Like Concourses D and E, it goes through the renovation process in the 60s and was rebuilt. The south side of the concourse was used by Northeast Airlines and the level 1 of the Concourse F of the terminal is widely used for domestic baggage claim and cruise line counters. On the other side, the Level 2 contains check-in facilities for European airlines.

The Concourse G has one bus station plus the 15 gates.

The South Terminal of the Miami International Airport consists of two concourses i.e. H and J and a total of 28 gates.

The terminal is adding a new seven stories which will have 15 international-capable gates along with a floor area of 1.3 million square feet. The Concourse H serves the Delta Air Lines whereas the Concourse J serves the United Airlines and its partners in the Star Alliance.

The Concourse H at the airport has one bus station and 13 gates in total.

On the other side, the Concourse J has one bus station and 15 gates overall. It is the newest concourse which was opened in the year 2007. 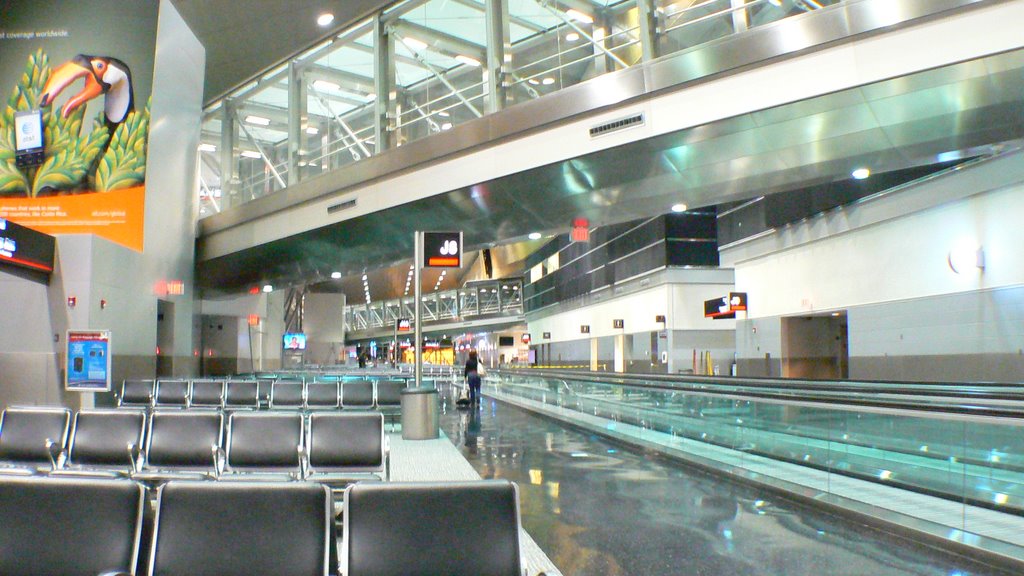 At the time of its closure, the Concourse A had one bus station and 16 gates in total.

At its peak, Concourse B had one bus station and a total of 12 gates.

At the time of its closure, Concourse C consist 3 gates.

Following are the list of hotels at Miami Airport:

Travelers can find the foreign currency exchange booths at four locations of the MIA. One is on the 2nd level throughout the terminal, two in each concourse E (1st level) and concourse J (3rd level) and one is inside the concourse D along with one at E Satellite building.

Travelers can enjoy a wide variety of foods at different terminals of the MIA. It involves food choices from snacks and fast food to quality dining with Hotel’s Top of the Port restaurant. In short, you can enjoy the breakfast, lunch or dinner over here.

Who doesn’t want to go shopping at the airport? So for passengers, who love to shop at airports can find a number of award-winning shops which offer innovative shopping experiences with its variety of leather goods and the latest fashion apparel. These are located at:

Passengers can get the glimpse of a number of galleries and exhibits located throughout the terminals, both landside and airside.

Travelers can easily avail the facility of data port connections and Wi-Fi areas at the various locations throughout the terminal.

Travelers at Miami International Airport can enjoy the new Wi-Fi service which is being provided by the Miami-Dade Aviation Department. This new service offers greater online access to passengers and is available at a rate of $7.95 for 24 hours.

Coming to the ATMs or cash machines, this facility is available at the airport, both landside and airside.

In case, you lost your baggage then you can easily take the help of lost and found department at MIA which is open daily and is located in the North Terminal D, 4th level, next to Bank of America. 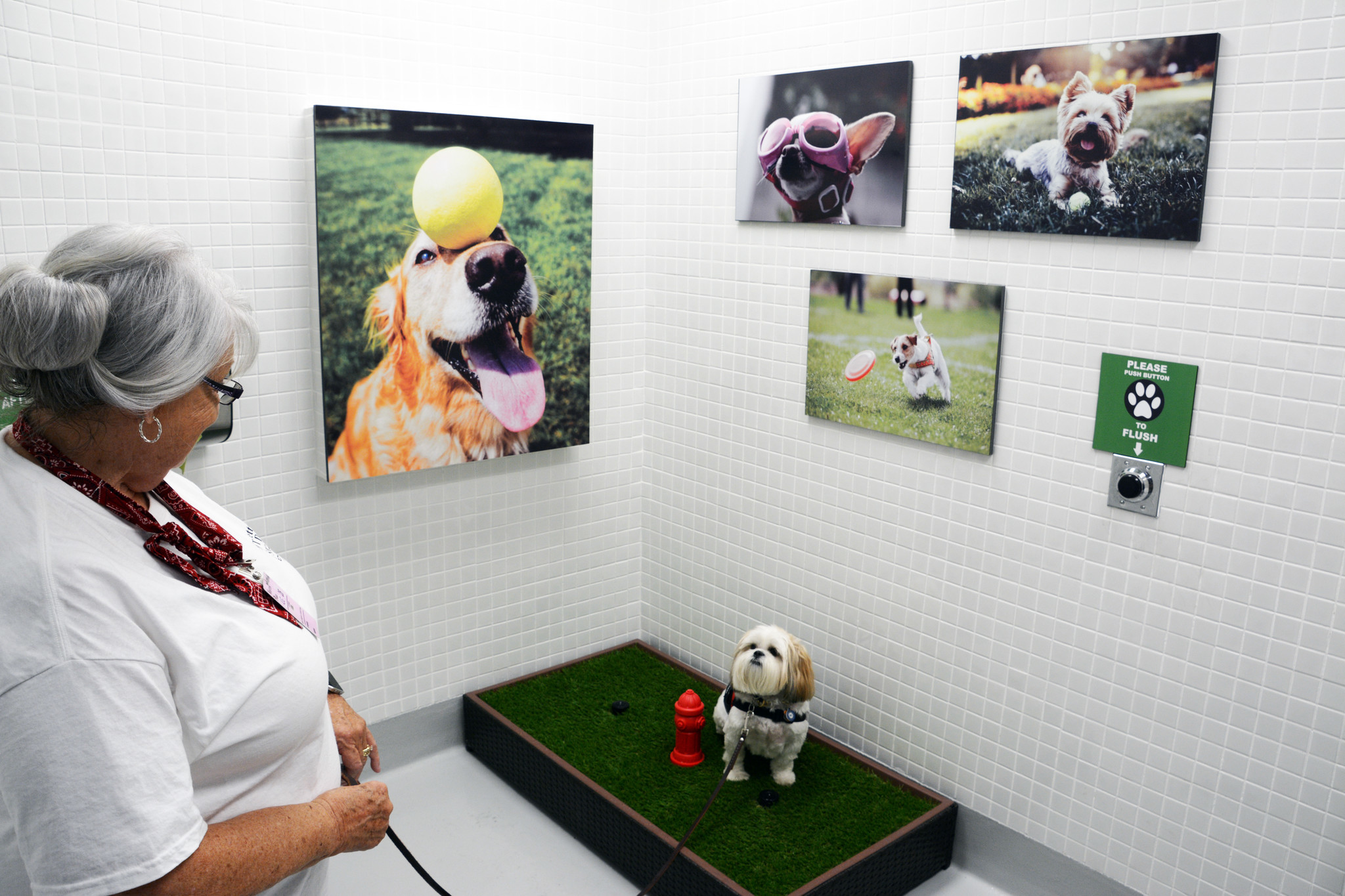 If you are traveling with the little ones, then MIA also offers you an interactive children’s area. This is located in Concourse E near the Gate E5 and one at Concourse D as well.

You can avail the facility of the Rental Car Center i.e. RCC just one mile east of MIA. You can use the MIA Mover which is on the 3rd level to connect between the airport and the RCC.

Travelers can find smoking areas outside the terminal on Level 1 of arrivals and Level 2 of departures across the street from Concourses D, E, F, H and J, and inside too at Concourse D.

If you are one of them who is traveling with an infant or a toddler, then you will be happy to know that the airport provides the baby care facilities to passengers. All you need to do is to look for free-standing MIAmamas suites. These suites support fold-down table, two benches, a collapsible table, power outlet with USB, and are lockable for privacy. These are located at the gates: D20, D36, E7 to E9, F6 to F8, G4, H4, and J5 to J7 (airside).

At MIA, you can avail the services of Courtesy wheelchair service if you require one. To make sure that a wheelchair is available at the proper time, do reserve in advance by contacting your airline.

At MIA, there are a number of options regarding the lounges at different terminals which are as follow:

Following are the reviews of Miami International Airport:

I totally had an incredible experience. I landed and was in a taxi to Miami Beach about 25 minutes later. I never had such a super smooth and efficient experience of landing anywhere in the US. I am very impressed!

I must admit that after reading the reviews on this page I was very worried about my 2-hour connection to Quito in Miami. However, Miami airport turned out to be a rather pleasant experience. When I asked for priority tags for my luggage because of the short connection, they gave me free of charge. Of course, the queue at immigration was huge but there was a really helpful lady who was directing passengers to their respective queues. After that, I cleared immigration in less than 5 minutes. My bag was one of the first to arrive thanks to the priority tags. So I had more than an hour to spare until my next flight which I used to have lunch at Custom Made Burgers.

It’s not all negative with MIA. I landed here with BA in July and got baggage and through immigration in an hour only. I left the car rental center after another half hour and was on the road after 1.5 hours from landing.