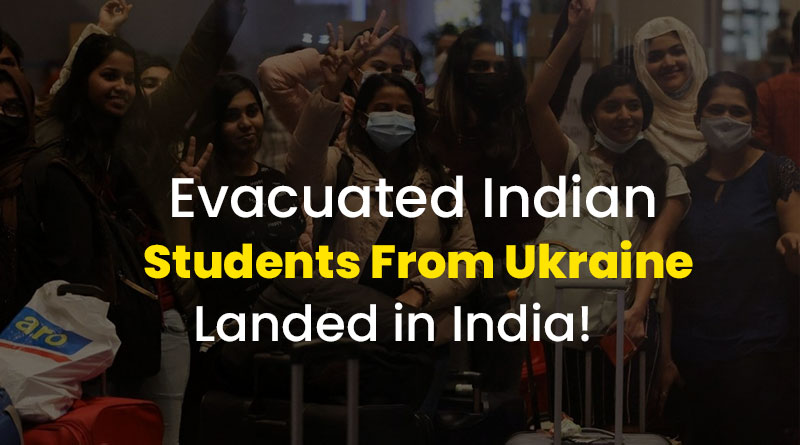 Due to the ongoing war conflict between Russia and Ukraine, many Indian students who were studying in Ukraine for various degrees got stuck there. Russia has launched a full-fledged military operation against Ukraine and there is the continued bombing of Ukraine by Russia. For the safety of their citizens, many international missions or embassies have asked their citizens to leave Ukraine at the earliest. Among many nationals, there are Indian students as well who were studying in various colleges and universities of Ukraine who got stuck there and now the Indian government is doing its best to evacuate its citizens from Ukraine.

Many Indian students released their videos and sent SOS to Indian authorities in order to get help. People are spending sleepless nights in bomb shelters.

Yesterday, an Air India flight took off from Bucharest (Romania) with 182 Indians who were evacuated from Ukraine. The flight landed in Mumbai at around 07:40 AM. There are still thousands of students still sṭranded in Ukraine and waiting for government help.

With the rising tension between the two countries, the Indian government has once again issued an advisory for its citizens to leave Ukraine aṭ early by whatever means available. Indian nationals can cross the border to enter Eastern European countries such as Hungary, Romania, Poland and Slovakia. The Indian government is making arrangements to bring back its all nationals and using all its diplomatic channels to get cooperation.

Air India Express the budget arm of Air India is playing a major role in this evacuation and bringing estranged Indians back home.