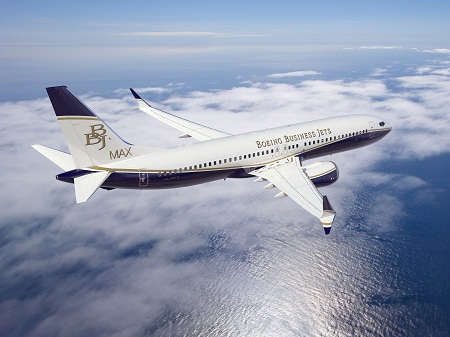 BBJ Max 9 is the latest launch by going that was brought in front during the show. It has been followed up by an order for 737 Max 9-based airliners for VIP by some European customers. The name of the buyer is not exposed.

It has also been in news that the expected delivery of the first aircraft is in 2020 to the “Customer’s Completion Centre of Choice”, as per the president of BBJ- David Longridge.

During the launch of BBJ Max 8 with the single order, the sales have turned little. Given the fact the Boeing has notched up four sales for this model, it will be delivered in market in the year 2018.

It was in the year 1996 when Boeing shook hands with General Electric team for the manufacture and making of BBJ versions of 737. The family encompassed versions such as BBJ, BBJ2, BBJ3, etc. All will soon be reinstated by latest generation models.

Longridge further mentioned that there will be many interesting features incorporated in this version of BBJ. It will have following features:

BBJ Max 9 will be so designed that it can take up the weight of 88,314 kg with 104m2 cabins and the range of 6325 nm. It will finally replace BBJ3 given the features that are meant to be encapsulated in this model.

Boeing further revealed that first flight by 737 Max is likely to schedule in the year 2016 and it will be available for commercial clients in the beginning of 2017.