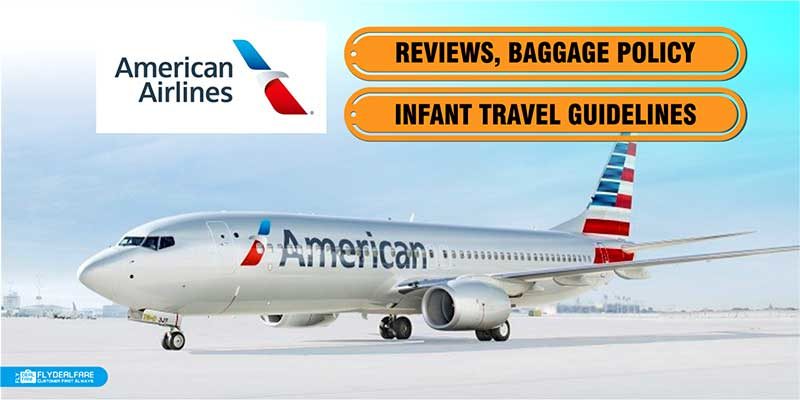 American Airlines popularly known as American is a major American airline having its headquarters in Fort Worth, Texas. It is the world’s largest airline when measured by fleet size, and scheduled passenger and the number of destinations served.

The airline with its regional partners operates an extensive international and domestic network with an average of about 6,700 flights per day to nearly 350 destinations in more than 50 countries.

American has its primary maintenance base at Tulsa International Airport in addition to the maintenance locations located at its hubs. American’s largest passenger carrying hub is Dallas/Fort Worth International Airport which handles about 51.1 million passengers annually with an average of 140,000 passengers daily. In 2015, the airline announced that it will build a new headquarter in Fort Worth.

The Flagship Suite is American’s international first class product. The newest version of this is exclusively offered on all Boeing 777-300ERs in the fleet whereas the older version is offered on some Boeing 777-200s. You can enjoy a number of amenities in this suite which includes: additional 3 complimentary checked bags, Access to the Flagship Lounge, facility of Early boarding, availability of first class amenity kit, turndown service with pajamas, In-flight wine tasting service, etc. You can pick from premium alcoholic beverages and wine selections and get access to the premium cabin walk-up bar which features assorted snacks & beverages and much more.

First Class is offered on all domestic mainline aircraft as well as regional aircraft with more than 50 seats. Here seats are available ranging from 19–21 inches i.e. 48–53 cm in width and have 37–42 inches or 94–106 cm of the pitch. Dining options include free snacks, beverages, and alcohol on all flights, with three-course meals which are only offered on flights with more than 900 miles.

On 9th of December 2015, American Airlines announced a new Premium Economy product for most long-haul aircraft. This new product will debut in late 2016 and will be available on the new A350s in 2018. The seats in Premium Economy will be wider than standard Main Cabin seats, offering 38″ of pitch i.e. 2″ more than Main Cabin Extra seats along with the availability of a footrest. Premium Economy passengers will also get two free checked bags, and enhanced food and drink service including free alcohol.

Main Cabin Extra is available on most of the mainline fleet and American Eagle regional aircraft with more than 50 seats rather there are a number of exceptions related to it too. Seats range from 17.2–18.5 inches in width and have 34–38 inches of the pitch which is 4–6 inches more than offered in regular economy seating.

The main cabin is American’s economy product and is found on all mainline and regional aircraft in its fleet. Here the seats range from 17–18.5 inches in width and have 30–32 inches of pitch.

American’s basic economy product i.e. Basic Economy is available on selected routes only. It is American’s lowest main cabin fare. Basic economy is located in the main cabin but comes with restrictions. These are a number of restrictions attached to it which includes assigned a seat at check-in, no upgrades or refunds, no access to overhead bins and boarding in the last group.

American Airlines (AA) allows every passenger to take 1 carry-on bag and 1 personal item which may include a purse, briefcase or a laptop bag with them totally free of charge.

Rules regarding size and weight restrictions of carry-on:

Only children whose age is less than 2 years old i.e. 24 months are not required to have their own seat for travel within the United States, Canada, and others. You need to inform the American Airlines that you will be traveling with an infant on your lap. And the lap children can only be held by passengers whose age is at least of 15 years.

Only one child can be allowed as a lap child per adult. In case, an adult is traveling with more than one infant under the age of 2 years, then a separate seat is required to be purchased for each additional infant.

RULES REGARDING TRAVELING WITH MINOR:

The children of age group 5 to 14 years are considered as unaccompanied minors but they cannot travel on an itinerary that involves a change of aircraft.

Including that, the unaccompanied minors are not allowed to travel on the last on-line connection to any American Airlines, American Eagle or American Connection destination as these do not accept unaccompanied children when their itinerary includes a connection to/from another airline.

If you are one of those passengers who is traveling with their four-legged family member, then you need to check out the rules regarding traveling with pets before traveling in an American Airline.

You can also enjoy a number of special assistance from the American Airlines such as:

Wheelchair assistance, Mobility assistance to get in and out of the plane, allowance for traveling with a service animal, facility of traveling with a portable oxygen concentration, you are allowed to carry Battery-powered medical devices with you and other facilities like that.

You can get a number of options in regards to eatables in the American Airlines. From non-alcoholic beverages to continental breakfast box, you can avail a wide variety to choose from.

Meals are free for flights between Los Angeles (LAX) and New York (JFK) and San Francisco (SFO) and New York (JFK). You have the option to pick from a continental breakfast box in which you get a fresh sandwich wrap or fruit and cheese.

On the other side, meals on International flights; totally free on flights to and from Europe, Asia and select Latin American cities that take off during normal breakfast, lunch and dinner times.

I arrived into Denver on a United Flight. I spent time in the United Club West, then the Delta Club in Term A. Some drinks and light snacks then it was time to board. Updates from the cockpit every 10 minutes are there, additional beverages offered and everyone was allowed to use their phones and the restrooms during the delay. A round of drinks along with American’s signature warm nuts was offered, followed by Lunch, with a very tasty appetizer, for the main I choose pasta, with a fresh side salad. Good Legroom with a standard economy class seat. I was on the ground and at my DCA hotel before our scheduled arrival time. Overall, a nice lunch service with a quick and professional crew served the economy section, on the second segment.

I was returning from Sydney in Business Class. American long hauls across the Pacific are excellent. I got on the plane in LAX for late evening departure and warmly welcomed. Promptly, put the seat back after takeoff and enjoyed seven hours of sleep. I got the similar experience from Sydney on the 777. The crew was also very good through the whole flight. Meals, wines, and movie selections were excellent. I would definitely recommend American on these legs.

The American Airlines staff in the Akron-Canton airport was really polite and helpful. My flight with Southwest was delayed due to which I would not catch my connecting flight to Las Vegas. American Airlines was exceptionally courteous, especially about my emotional support dog that travels with me everywhere. They were happy to greet my dog. All other airlines I have flown with were not so pleasant about my dog flying with me. I really like the positivity attitude of the staff and an excellent level of customer service from every employee. Thank you so much for making it easy for me to travel.