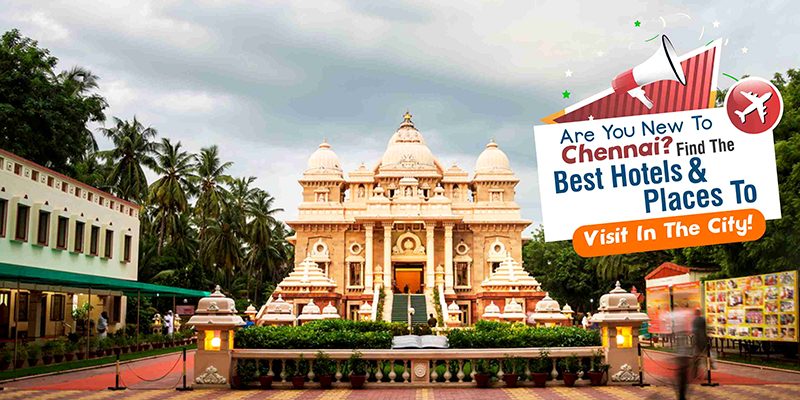 The capital of the Indian state of Tamil Nadu is Chennai. It is Located on the Coromandel Coast off the Bay of Bengal and is one of the biggest economic, educational and cultural centers in South India. Being the sixth-largest city, it has fourth-most populous urban agglomeration in India according to the 2011 Indian census. The city constitutes the Chennai Metropolitan Area together with the adjoining regions, which is the 36th-largest urban area by population in the world. In India, Chennai is among the most visited cities by foreign tourists. Chennai is the safest city in India according to the Quality of Living Survey.

Often referred to as the soul of the city Chennai’s historic neighborhood Mylapore is one of a kind. Predominantly inhabited by Brahmins, it is one of the oldest residential parts of the city and is full of culture. You’ll find yourself exploring Chennai’s most impressive temple, Kapaleeshwarar Temple made in 17th-century, which is dedicated to Lord Shiva. Some other top attractions include the neo-Gothic style San Thome Cathedral, which was originally built by the Portuguese.

Fort Saint George is now home to the Tamil Nadu Legislative Assembly and Secretariat and is a legacy of the British East India Company, of which the construction was completed in 1653. Also contains one of the oldest surviving churches built by the British, and the Fort Museum, it has grand Saint Mary’s Church. Displaying a range of military memorabilia, paintings, and relics, the museum contains the artifacts from the colonial period. Except for the Fridays, it opens daily from 9 a.m. to 5 p.m.

The massive Madras High Court is one of the largest judicial buildings in the world which is located just outside Fort Saint George, in George Town. It was built in 1892 and has a distinctive red Indo-Saracenic architecture with stained-glass doors and magnificent painted ceilings. Wandering through the court is possible and even sit in on a session.

Head to Marina beach at sunset and soak up the carnival-like atmosphere if you are looking for a real Indian beach experience, with amusement snack stalls and rides. The beach starts from near Fort Saint George and runs south for 13 kilometers, which is the longest urban beach in India. It’s a popular hangout place for locals and dotted with numerous monuments and statues. On daily basis, It is visited by tens of thousands of people.

Vivekananda House is maintained by Sri Ramakrishna Math, dedicated to revered spiritual teacher Swami Vivekananda housing a permanent exhibition on his life and culture of India. On the second floor, there’s a meditation room where the Swami stayed in February 1897 after his return from the west. The distinctive Victorian-style building was originally built to store ice and is more than 150 years old.

There are various hotels in Chennai for all budgets with the convenient central locations.

With a total of 600 rooms, this hotel opened in 2012 which includes 78 luxury serviced apartments, which makes ITC Grand Chola one of India’s largest hotels. The hotel was named and designed after the traditional Hindu architecture of the Chola Dynasty as its name suggests. Been built over three wings, the number of facilities is impressive. The hotel is about 20 minutes from the airport and is situated on Mount Road.

Previously known as the Taj Mount Road, the contemporary Taj Club House is a popular alternative. It is where the British built their renowned Madras Club and it’s housed in a blue glass building with steel accents. Including 16 suites, the hotel has 220 rooms and was opened in 2008. It includes facilities like coffee shop, three restaurants, rooftop yoga room, gym and swimming pool.

In Mylapore, Savera Hotel is perhaps the most famous hotel. It is still popular as it’s been there since 1968. The hotel is gradually being refurbished and has a new and old wing. It’s comfortable and well-maintained. It includes facilities like cake shop, three restaurants, spa, fitness center, two bars outdoor pool and a cafe. It has 230 rooms and suites. According to the guests, it’s a value for money.

Just around the corner from the Taj Club Hotel, off Mount Road, La Woods Hotel is a recommended mid-range option. It has modern and spacious Rooms, including friendly and personalized service. What’s exemplary about the hotel is that it has an organic vegetable garden on its rooftop! All the produce from there is used in the meals, which is then served in its restaurant.

This inviting new hotel is in elite Poes Garden where many VIPs live which is exceptionally safe and serene location. To find such a peaceful location in Chennai, It’s very difficult. The hospitality is outstanding and the neighborhood is well-guarded. The only drawbacks are that it’s difficult to find shops, to get transport, and restaurants aren’t within walking distance. It includes facilities like it has a multi-cuisine restaurant that serves superb food and also has high-speed wireless Internet.

At the moment, Chennai has a bit of a love affair with Japanese food. That is why the city is home to India’s only ramen bar, GoGo Ramen.  The ramen of GoGo’ is swollen one with slow-braised pork, a soft-boiled egg, and kombu in a tawny pork broth, flavored with scallions, leek, and ginger. The restaurant signature pork ramen is definitely the best of the three although it also offers grilled chicken and vegetarian versions. It also offers the Gyoza wrappers, which are appropriately silky thin.

The baroque architecture, the crisp napery and the stark blue-white façade, all add to the experience of dining at a Russian palace. Piroshki, which is little meat pies, the delicious Blinis which are crepe-like pockets oozing with honey, ice cream or sour cream, delicious cured, salted fish and a variety of hearty Russian dumplings.

The Shiraz Art Café at Neelankarai beach is Iran’s gift to Chennai. In its pretty alfresco environs, it’s easy to leave behind the soggy cares of the outside world after seeing the waves lapping the shore nearby. Served with a slick of coriander gravy, which is Shiraz’s version of Ghaalieh Mahi Fish and as authentic as it gets. A massive buffet of home-style Irani cooking a massive buffet of home-style Irani cooking is perhaps best of all in Shiraz’s Sunday brunch.

Atho noodles and Masala Eggs is sold by only a handful of stalls selling Burmese street food. Thick orange noodles layered with plenty of onion, cabbage, oil, spices and tamarind, all soaked in a gravy, Atho noodles are an explosion in the mouth. The dish was brought here by Tamilians who fled Burma in the 1960s.

The fact is that Manhattan Fish Market has nothing to do with the USA. Its first outlet opened in Malaysia and hasn’t progressed enough to open any branches outside the Middle East and Asia. Nevertheless, groups of seafood-lovers visit the restaurant in Chennai.