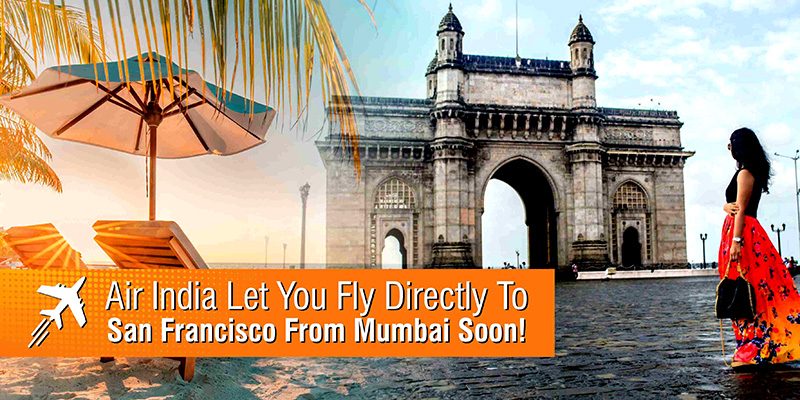 There is some good news for the international flyers traveling to the west coast of the United States. The passengers don’t need to go to the national capital Delhi first as the Mumbaiitees will soon is able to fly directly to San Francisco.

Yes, the national carrier, Air India has announced its first ever direct flight from Mumbai to the west coast of United States. Plus, the airline is likely to be privatized this year.

Before this, the only direct flight from India to San Francisco was from Delhi. That means there are no flights to the west coast of United States from Mumbai at present.

Hence the airline is initiating the flights between Mumbai and San Francisco, thrice a week. Boeing 777 aircraft has been deployed for the same. This will start from the summer schedule which commences from March end and continues until late October as per the Indian aviation context.

From Delhi, there are six operations to San Francisco in a week currently. The total number of flights to the Californian city will increase to nine, once the operations from Mumbai began.

Air India witness a good traffic on the routes to the US. This is the reason why the airline plans to connect Mumbai directly to San Francisco.

An airline official stated that “There are direct flights to Chicago and New York from Delhi. We also have a direct flight operating to Newark in New Jersey from Mumbai, which is seeing good passenger traffic. We are expecting the first direct connectivity from Mumbai to San Francisco also to do well.”

Pradeep Singh Kharola (Air India’s new chairman and managing director) stated that they are keen to explore US and Australian markets.